Why WordPress Dominates the Web 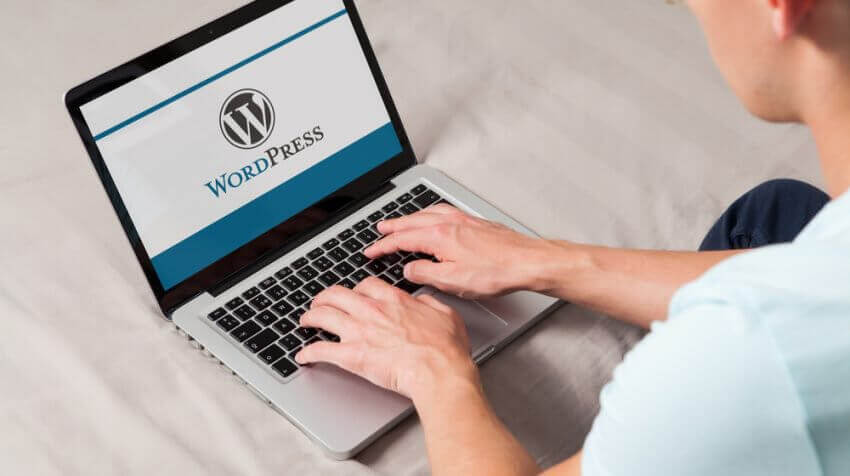 WordPress is far and away the most popular CMS (Content Management System) there is. This 15-year-old platform has matured a lot over the years since it's 2003 release and has some impressive stats to boost. almost 50% of all CMS-based websites are built with WordPress, so it powers more than Drupal, Joomla, and all other CMS's combined. Some estimations even have WordPress claiming nearly 60% of the CMS market share. Its market share has more than doubled in the last five years, and powers more than 25% of the entire web. This includes all indexed websites online right now, not just Mom and Pop shops that want a basic website to get their name out there. Of the top 100 websites, almost 15% of them are built with WordPress. We use it to power every one of the websites that we build for our clients. So what makes it so popular? Let's get into it.

WordPress is written in a language that I've talked about a few times, and often referred to as my first love in development, PHP. I'm not going to re-hash the benefits of PHP, at least not in this blog, but it's an easy language to learn, making it a great way into the industry for most any aspiring developers who want to put their focus in working on the web. WordPress is built in that very language. As a matter of fact, wanting to learn how to build WordPress themes a few years back is what got me interested in learning PHP over other languages, and is eventually what landed me the job I have now at Red Shark Digital. It also utilizes MySQL to store information, which much like PHP, is supported on any hosting provider you can find. It's so common that most hosting providers even boast a "One Click WordPress Install" option to save people the 'a headache' of doing it themselves. Even if you want to run your own VPS that you manage yourself, it takes less than five minutes to set up the LAMP stack and have your site ready to go if you know what you're doing. Though to be fair, the same argument can be made for alternatives such as Drupal and Joomla.

WordPress didn't start as anything close to what it has become. Initially, WordPress wasn't even meant for websites. Upon release, it was only meant to be a blogging platform. But as it gained a following of passionate developers making ongoing contributions, which lead to WordPress being capable of so much more. When they saw this happening, they openly embraced these changes. WordPress continued to evolve over the last 15 years. That's the beauty of open source, people.

WordPress has a crazy amount of plugins to help with a variety of tasks. Want some help with improving SEO for your site? Yoast has your back. Need to sell stuff on your site? WooCommerce is ready to go. Many of them are free, and some of those even offer premium versions that offer additional functionality for a price. This is one of the main causes of WordPress being so popular. Look at Android and iPhone. No one is really going to bother making a new mobile OS (looking at you, Microsoft) because it would never be able to compete with the millions of applications that are already available on the other two. The same can be said for WordPress. Popular API's like SendGrid, an "SMTP" API that enables you to send email even if your server doesn't provide it, have built plugins specifically for WordPress. It's literally the Android/iOS of the CMS world. But don't worry, we have more reasons.

It's been a while since I've heard this, but I remember hearing people suggest that all WordPress sites look alike. There is technically some truth to this, but it's not what you think. What gives your WordPress site it looks and feels is the theme being used. Much like plugins, themes can be downloaded and installed for free, with plenty of purchasable premium themes available through a number of online marketplaces. As you may expect, there will be times where certain themes become much more popular than others. This is especially common when you have industry based themes, such as one meant for restaurants. What this results in is a number of small websites all using the same theme, and the only 'real' difference may be the site colors and the actual content.There are also what I would consider "super" themes that effectively turn WordPress into a WYSIWYG site builder similar to Wix. These usually come at a cost, and can also be pretty heavy. But don't worry, there's one other option that I would argue is the best of the three. Most digital agencies (you know, like us) use WordPress for what makes it great and build custom themes entirely from scratch for each client. Sure, it takes a little longer to craft a website this way. But it also ensures that you get the most bang for your buck. Why pay for something that does way more than what you need?

Honestly, I could go on for a lot longer about what makes WordPress arguably the best at what it does. But don't just take our word for it. Check out some of the websites that we've built for our clients. Each one of them not only benefits from the security and manageability that WordPress provides but also the attention to detail that your business deserves.