Top 10 Things to do in Eastern NC 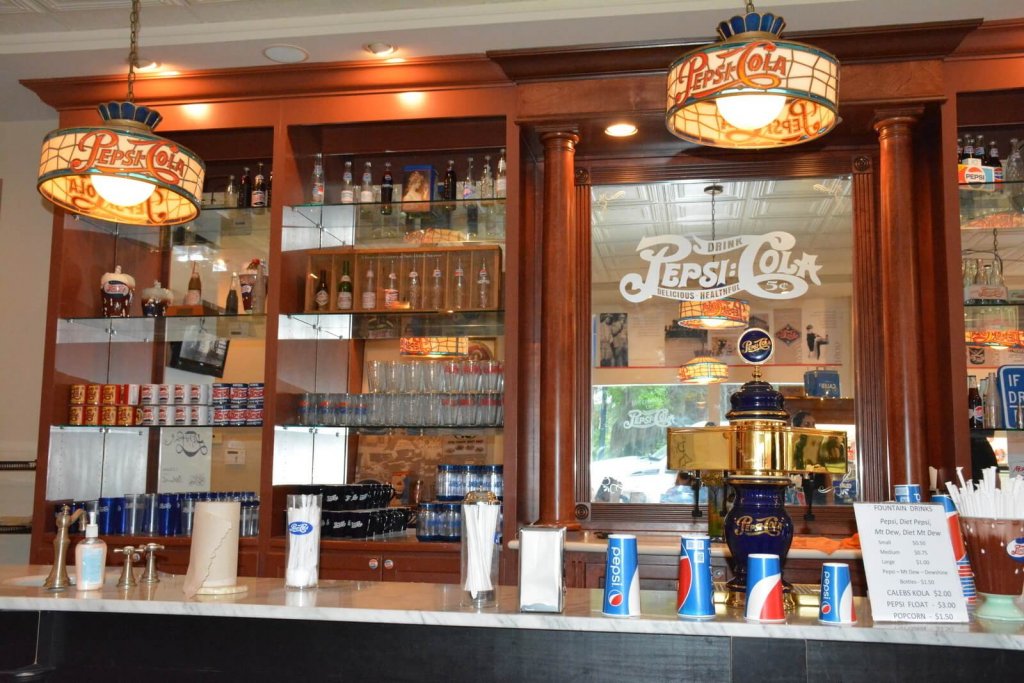 Just because Summer is coming to an end, doesn't mean you have to stop having fun in Eastern NC. We've put together a list of ten things you can do in Eastern NC that will have the entire family screaming for more. Now let's dive into it!

Parker’s Barbecue is a family-owned American BBQ joint located in Greenville, NC. This Eastern North Carolina BBQ is legendary and so are the men behind Parker’s Restaurant. It is famous for its tangy vinegar sauce and is known as the nation’s most authentic pork barbecue. Parker’s Barbecue has been feeding the families of eastern North Carolina and beyond for more than 40 years.  Head on over for some good eats and good company!

In addition to being the home to Tryon Palace, the original governor's mansion and seat of colonial and early state government for the state of North Carolina, New Bern is also the home to one of America’s favorite soft drinks, Pepsi Cola. Invented here in 1898, on the 100th anniversary of fountain drink just like the patron who visited the famed pharmacy where Pepsi’s story began. You’ll also have the chance to learn more about the history of the drink.

Spend an afternoon exploring Fort Macon State Park, the most visited state park in North Carolina. This park is surrounded by bodies of water, including Bogue Sound, Beaufort Inlet, and the Atlantic Ocean on three different sides. It is the perfect place to relax and you will often find people enjoying the sunshine and lazy afternoons here. Pack a lunch to enjoy on the beach or bring your poles to catch some fish or take a dip in the fresh ocean water. If you are interested in history, this is also a Civil War landmark. You will have the opportunity to take a guided tour of the fort to learn about its role in the Civil War. You will be able to see original and replica cannons as well as the remains of buildings on the grounds. There are also historic reenactments on the fort’s inner court or parade ground if you're lucky.

The Crystal Coast Lady is located in Beaufort, NC. Viewing a sunset on the Crystal Coast should be on your list of things to do and will definitely be an experience to remember. Check out The Crystal Coast Lady for one of their all-you-care-to-eat sunset dinner buffet cruises and enjoy a great meal with an even better view. They offer sunset dinner cruises Monday through Saturday from 7-9pm. They have also recently started a wild horse and dolphin scenic cruises during the day throughout the week. Reservations are required, so hurry!

The Cape Lookout Lighthouse is a popular destination in the area. The lighthouse is open during the summer months, from May to September. Individuals willing to climb the 207 steps to the top are rewarded with amazing views of the islands and the surrounding area. If you’re lucky, you may even catch a glimpse of the Shackleford Banks wild horses.

Get to know local marine animals and other wildlife at the North Carolina Aquarium at Pine Knoll Shores. Their wide variety of exhibits showcase the ecosystems specifically of North Carolina. You will learn how each ecosystem is different but still plays a big role in North Carolina’s wildlife. You can listen to the mountains of the mountain region and learn about the plants and animals who call North Carolina’s mountains their home. Luckily, you have the opportunity to meet a variety of interesting creatures including playful river otters, graceful stingrays, local birds, and even sharks. You will definitely want to introduce yourself to Nimbus the aquariums rare, white sea turtle!

Johnson County’s Beer, Wine, and Shine Trail includes two wineries, two breweries, and one distillery. You will be learning about the owners and winemakers, the history of the farms and families that have been here for centuries, and what makes each winery in Johnston County unique. Then, the brewmasters will give you a tour of their facilities and share the unique blends, and creative names behind their craft beers.

The Barnyard is a family owned and operated business located in Newport, North Carolina. They specialize in farm animal education for children and adults. The petting farm is one of a kind where you can interact with friendly farm animals while learning at the same time. This farm also hosts birthday parties, educational field trips, and summer camps.

Vacationers who want to enjoy a family-friendly day of water entertainment off the beach can head to Emerald Isle’s own water-themed park, Water Boggan. It is located right by the bridge and features a world of rides, slides, and other refreshing diversions that will keep everyone entertained.

Amos Mosquitos is located in Atlantic Beach, NC. They are known for their amazing food that is made from scratch in their kitchen using fresh and local ingredients every day. Every Tuesday and Thursday they have sushi and karaoke for entertainment. They are only opened for dinner starting at 5 pm every day of the week. They also don’t take reservations so you must get their early to get seated. This food is so good you never see the restaurant without a line outside the door from before opening to closing time.