Why PHP Should Be Your First Programming Language 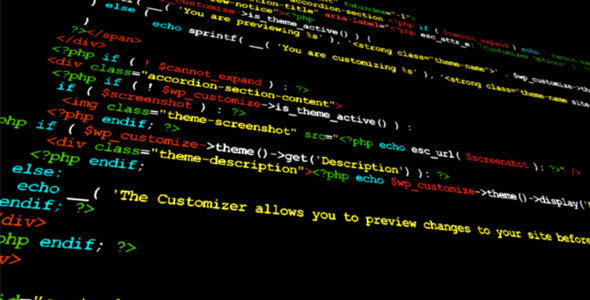 But you said it didn't matter

Yeah, I did say that. And you can read about why your first coding language doesn't matter here. But I'm speaking more about the fundamentals of coding than anything else. And there's even a section in that post about when it DOES matter. And that's what we're going to discuss in this post.

I'm going to go ahead and assume that you're a normal person who wants to see results as quickly as possible. You want to do something really cool, really fast. And PHP is going to be the quickest way to do this. If you're on Windows or Mac, installing something called XAMPP will give you what you need to run websites locally on your machine, built in PHP, and see your results by visiting "localhost" in any browser you want. There are countless guides online about how to get it up and running. Within minutes, you'll be able to start learning your first language and building something nifty. And even better, taking a few hours to learn some basic HTML and CSS will also help you make your project look good rather than just working.

Sure, you can probably build the same thing in a number of other languages. Python, Ruby, and a number of other languages can be used to build web applications. But there are two important factors that make PHP a better option. They both require a lot more know-how to get them running in a web browser, even if it's just locally, and then you basically have to re-do all of that whenever you decide it's time to put your project online to be used by the world. PHP will run on damn-near every single web hosting server you will ever find.

Other solutions also require a framework to run on a web server, where PHP can do just fine all on its own. Also, it's super easy to get PHP talking to a database. Sure, you'll have to learn to build databases if you want to use one, but that's going to be the same for really any other solution so it's sort of a wash.

So I probably could have included this above, but I really think it deserves its own special mention. Learning programming can be daunting, and you really don't want to do anything to make it harder than it has to be. As I mentioned in one of the posts linked further up, fundamentals are honestly the same from one language to another. PHP has a simple syntax and has a much lower learning curve than most other languages. So not only are you able to start seeing results quicker, but you'll advance a lot quicker in the beginning. Then when you decide it's time to move on to something more powerful, such as Java or C#, you're already comfortable with conditional logic, looping through data, object-oriented principles, you get the idea.

PHP is also extremely forgiving. A downside to this means that even bad code will still work, and can lead some to become bad developers. This has actually caused a lot of people to have a negative outlook on the language. But what if I told you that you can learn anything on YouTube? This really isn't any different. There are plenty of tutorials online, completely free, made by real developers who know what they're doing.

I'm going to go ahead and assume that since you're wanting to take up programming, you want to actually make money with your new skills. Well, there's a ton of ways you can do that with PHP. WordPress is insanely popular. It powers some 33% of all websites, and there are plenty of small businesses that could easily benefit from a WordPress website. Or if you prefer, you can focus on building WordPress plugins instead and just sell them online rather than having to go door-to-door selling websites to businesses.

Or maybe you don't like WordPress at all. Well, even without it, PHP still reigns supreme. Over 80% of all websites use PHP in some way or fashion. Facebook, one of the biggest tech companies in the world, is built on PHP. Be it using other PHP based CMS platforms like Joomla or Drupal, or a custom built web application, PHP is everywhere.

Or at least you should be. It's easy to learn, easy to use, and you'll have plenty of ways to earn money with it. Whether it's just supplemental income or a new career path entirely, you can't go wrong here. And when you're ready to pick up another language, you'll have the obvious go-to of JavaScript to make your projects next-level awesome. And here's the best part. Each new language you decide to pick up is going to be easier to learn. You'll already have the basics of programming on lockdown, so now you're just learning new ways of doing the same thing. You're exposing yourself to new ways of thinking, new methods of code organization and problem-solving. And before you know it, you're a pro-programmer.