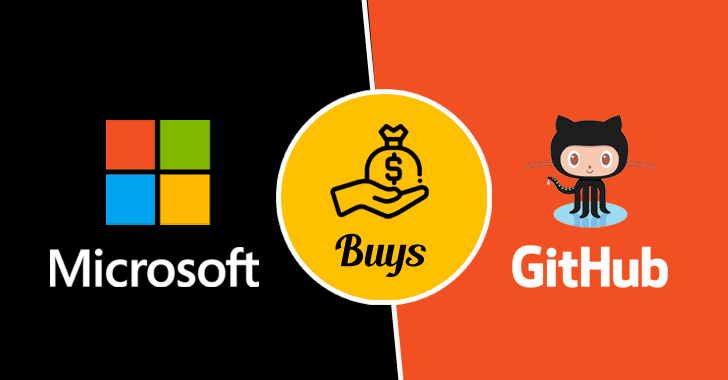 If you're a developer, you very well may have some strong feelings on this topic. I myself am still a little undecided on where I stand, but I can definitely say that I'm not indifferent to the news. This could, one way or another, have a significant impact on how developers work. But what if you're not 'one of us' developers? Well, I'll do my best to be as objective as possible while getting you up to speed, and then we'll get into my personal thoughts. Now, you almost definitely know who Microsoft is. They make the Windows OS that pretty much everyone out there uses, undeniably they're the most well-known claim to fame, but they've also had their hands in a lot of different areas over the years. Well, now they've set their gaze on a program known as Github, and they want it under their umbrella.

So what is Github?

First, we need to learn what "Git" is. In short, it's a version control software that helps you track all the changes and basically create save points for your work. You can even branch off in different directions, merge those branches into the "master" branch, go back in time to a point before you broke something... It's pretty amazing. Now you can easily use Git on your computer and have everything there. But most developers choose to have some kind of online repository where they safely. Personally, I prefer Gitlab as they offer free private repositories, but there's also Bitbucket, CloudForge, Codebase, and several others.

Github is one of these platforms used by countless developers all over the world. It's an open-source platform where developers can go to show off their code, learn from others, get constructive criticism, contribute to other open source projects, all kinds of things. It's sort of a paradise for developers of all skill levels. But it's also become sort of a supplemental resume for developers. Anyone can memorize a handful of acronyms (we even wrote a blog so you'd know what some of them meant), but it's even better when you can show off your skills with the different technologies. It's not only a huge part of how developers work and stay organized, but it's also how developers try and find new jobs. It's also hands-down the most popular online git repository out there.

And now Microsoft has their hands on it.

This in itself isn't a bad thing. Github is a well-established platform, and Microsoft has no reason to change it. Just like they did with Linked-in. Microsoft acquired that as well, and fairly recently, and hasn't bothered to change anything that made it popular. So why are people nervous? Well, this kind of gives Microsoft a fair amount of influence over how developers are hired and fired. If you're a developer, you've no doubt received a handful of messages from IT recruiters looking to pair you up with the 'perfect' job. And as I said before, a lot of developers use Github to show off their skill set and prove that they know what they say they know. With Microsoft owning both of these platforms, I can see why my fellow coders may be getting a little nervous. But are we justified in this?

Microsoft is no stranger to controversy, especially during the reign of Steve Ballmer as CEO. He referred to open source software like Linux (you should know how much I love Linux by now) was cancer, and internal memos about their "Embrace, Extend Extinguish" mentality. There are a number of other examples, but we'll skip over that. The point here is that our best chance to predict what is to come is to look into past behaviors and look for patterns. And if we do that, well it doesn't look too good. But wait, don't they have a new CEO? Yup. And let's take a look at him.

New Kid on the Block

Satya Nadella took over as Microsoft's CEO back in 2014. Back then, I was a hardcore Microsoft fanboy. When I first began learning programming, I wanted nothing more than to develop software for Microsoft. Satya seemed like he was going to take the company in bold new directions, and for the better. This really had me more excited than ever. But then, Windows 10 happened. That's not to say it's a bad OS by any stretch of the imagination. To be entirely honest, it's probably one of the better versions of Windows, honestly. I actually signed up for some free service they were offering just to get Windows 10 installed on my box ASAP rather than having to wait for my turn to install. And honestly, I really liked it. It looked great, performed mostly well on my fairly dated machine, and I was honestly hard pressed to find anything wrong with it.

But the release was, and I'm not alone in thinking this, abysmal. Hundreds of thousands of computer users around the world were tricked/forced into upgrading their computers, many of which happened overnight. I'm not going to get into the details of it here, but you'll have no trouble finding information about it. Point is, this put a really bad taste in a lot of people's mouths. Moreover, Microsoft laid off a ton of workers in their test division and basically decided that their consumers would be their testing dummies. Perhaps not-so-ironically, this is when I switched to Linux. I felt so betrayed that they company I aspired to work for would do such a selfish thing, and would apply such abhorrent business practices just to make it look like Windows 10 was seeing such high adoption rates. Now, I would probably still have ended up using Linux at least for web development, but had it not been for these shady practices, I would most likely still use it as my daily driver.

This is the effect that bad business decisions have on your audience.

Since then, Microsoft has claimed to be more embracing of open source software. They've become a key contributor to the Linux Foundation, they've even brought pieces of Linux into Windows 10, they've begun developing their own version (sort of) of a Linux OS, and now with their decision to buy Github, really seem to be turning over a new leaf. Microsoft wants to show their support for open source software. Maybe it's genuine, maybe it's all a facade. But what's the worst case scenario here?

In my best guess, I doubt anything serious will happen. Github isn't alone in the repository realm. So if people don't like what Microsoft does with it, then they can migrate to Gitlab or Bitbucket. And if Linked In gets jacked up, well there's still plenty of other networks through which people of all industries can be hired. So if you want to be nervous, go ahead and be nervous. But I wouldn't lose any sleep over it, at least not yet.