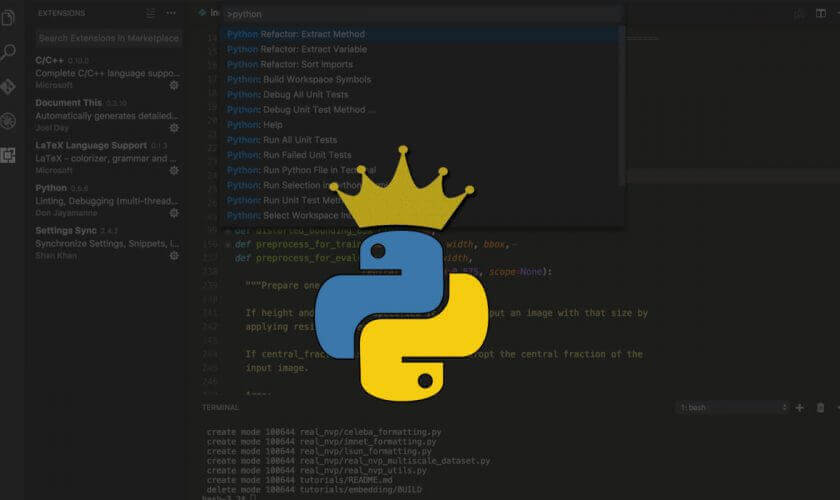 That's right, Python again. We talk about it a lot, at least I do. But it's not just because I'm a fanboy. Python has become insanely popular over the last few years, and it doesn't seem to show any signs of slowing down. It's so popular, in fact, that in the last 12 months, more Americans have googled Python than they have Kim Kardashian. This is kind of big news, more than you might imagine. Python is one of the most popular programming languages out there and is a great first language for anyone looking to get into the industry. That being said, more people have a genetic disposition to seek out scantily clad women than they do an interest in programming. Let's take a look into what makes Python more interesting than Kim.

Kim Kardashian was born in 1980. Won't be long before she's 40 years old. As of this post, she's days away from being 38. Python, on the other hand, was released in 1991, making it less than 30 years old. 27, to be exact, which is still young enough that it would probably need to show an ID to buy alcohol.

Python has contributed to your life more than you can imagine. Google, YouTube, Instagram, DropBox, and Reddit are just a few on the list of stuff built with Python. But even organizations like NASA use it for data science, and Disney uses Python to power animation scripts for some of their programs. Kim K, on the other hand, has given us... Does anyone else hear that? Man... could have sword I heard crickets chirping just now.

Python has an insane number of libraries and frameworks to help you build pretty much any digital thing you could possibly want. This is no doubt a huge reason so many platforms have been built with the language. But what about Kim? How mature is she? Well, she's married to Kanye West and named her daughter "North West", so... you decide.

Python improves the internet rather than attempting to break it, all without removing clothing. Python has never been divorced. And above all, Python has EARNED its popularity.

Kim has done nothing. Fight me