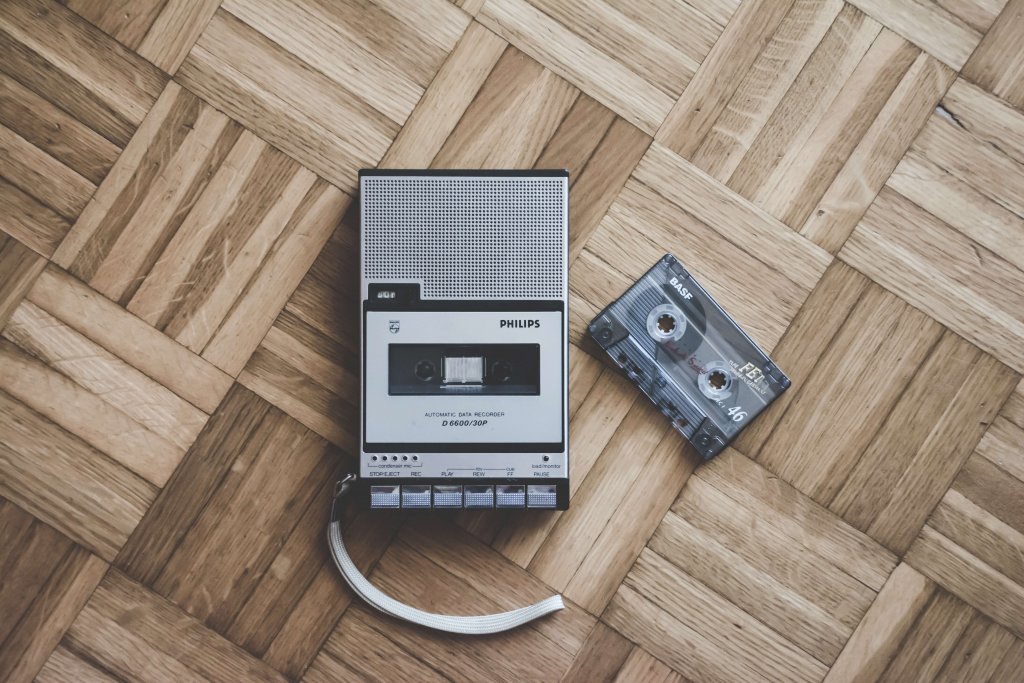 It’s difficult to grab my attention in the office. That difficulty can be attributed to a few factors. One being that I’m tucked behind my towering Vari-Desk and multiple screen configuration. Another factor: my headphones. I usually work with my headphones in its just the nature of the work when editing videos. When I’m not editing videos I’m listening to music! Music has played a significant role in my life. If I’m not playing guitar, I’m going to shows and moshing with the best of them. Needless to say, I was excited about this opportunity to talk about our musical preferences and all that jazz. Ha! Look at music pun *slaps knee*.

My playlist extends across multiple genres of music and my taste tends to change depending on what I’m doing. I’ve broken my playlist down into a few categories. Not all the songs on this playlist fell into a specific category, but I put them up their simply because it’s what I’ve been jamming to lately.

I can lump a majority of the songs on the playlist into an Alt/Pop/Rock category. I know that's a pretty broad spectrum but stick with me. Most of these bands aren't necessarily mainstream but have catchy indie elements that will keep you coming back for another listen.

First up I have a few songs by Don Broco, namely the songs “Come Out to LA”, and “You Wanna Know.” This British powerhouse knows how to create some catchy hits! Their last two albums “Automatic” and more recently in 2018 “Technology” are front to back masterpieces where every song is as good as the last. They are massive in England right now and their popularity grows in the US. I'll be catching them on their next US tour in March when they visit North Carolina. Seriously, if there is any artist you should check out after reading this blog, its Don Broco!

“Swimming in The Moonlight” by Bad Suns made it onto the playlist. Now, it was difficult selecting a song from Bad Suns, because a lot like Don Broco, both their albums are lined with banger after banger. But if you are a fan of the 80’s and clean guitar vibes check them out.

Young the Giant made it onto the playlist multiple times with their hits “Amerika” and “Silvertounge” both off the same album, titled “Home of the Strange”. I don’t know if you’ve noticed yet, but I am a total fan of listening to albums front to back. The order of an album sets the context and perspective of a song and is another artistic element I like to enjoy.

The rest of this category can be summed up by songs and artist that tend to fill that clean/poppy, lyrically catching void we’ve all had since the 80’s.

Sometimes, I get in these moods, where I want to listen to music but I don’t want to be distracted by lyrics. For these moods, I'll settle for instrumentals, but not just any ole instrumental, I'm talking about some of the most musically challenging instrumentals you'll hear in your lifetime. First up we have Animals as Leaders. This technically, crunchy, heavy metal, trio continuously mesmerize you with their technical breakdowns and insane rhythmic patterns. “Physical Education” is nothing short of this. An appropriately named song, because by the end of this song your neck will be sore from all the headbanging.

Next in this category is an artist by the name of Plini. Plini is another guitarist/instrumentalist and considered a next-generation Joe Satriani or Steve Vai. His work on “Electric Sunrise” is a magnificent example of guitar technicality and song composure. It’s so beautiful I set it as my alarm clock in the morning. Which poses a problem because I've found myself an alarm that I will purposely let play through, thus causing me to be late. It's just something I deal with.

A great playlist wouldn’t be complete without some solid rhythm and beats to get you through the day. For this need, I call on artists like Kendrick Lamar and combos like Andy Mineo and Wordsplayed. First up I have Kendrick Lamar’s XXX. FEAT. U2. Not only does this song straight bump, it’s a perfect example of Kendrick’s honest and raw style. This song is indeed a gem among many others off of Lamar’s latest full release. Another artist or team in this category is the combined work of Andy Mineo and Wordsplayed. In their album “Magic & Bird” they both take on personas of basketball legends Magic Johnson and Larry Bird. It’s always interesting to see artists take these concept albums and have fun with them. Songs like “Dunk Contest (Magic Bird)” showcase the fun they had making this record… the beat will get you moving!

The last category within this playlist are the throwbacks. Everyone tends to have those throwbacks that they continuously revisit. Here recently I’ve found myself revisiting bands like M83, Kings of Leon, and Van Halen.

M83’s “Midnight City”, is a catchy techno vibe that will leave you in the feels. Give the first ten seconds a listen and try not to reminisce… or try not to imagine some trendy new commercial for a Kia Soul.  I have Kings of Leon’s “Find Me” in the mix. This song isn’t necessarily an oldie (released in 2016 on the “WALLS” album) but this song has those classic Kings of Leon vibe along the lines of “Use Somebody” or “Sex on Fire.” The songs that allowed the band to explode onto the scene. Another throwback you'll notice on the list is Van Halen’s “Panama”, and that's because… well, it’s VAN FREAKING HALEN. Eddie Van Halen is the reason I picked up the guitar. Do yourself a favor and go throw on some of these classics with the top down and cruise your local main drag… that is if you have a convertible, and a roadworthy enough to be deemed “the main drag.”

As I close this up there are probably some people, those that know me well, asking the question “Mike, where is all the screamo metal?” Well, since I knew we would be blasting this playlist in the office I thought I would spare my coworkers sanity and go with the lighter side of my musical tastes. To possibly answer another question…yes, I was in a metal band in high school and if you dig deep enough into internet you may be able to find the long-lost footage.

If you’re interested in listening to my playlist check it out here: