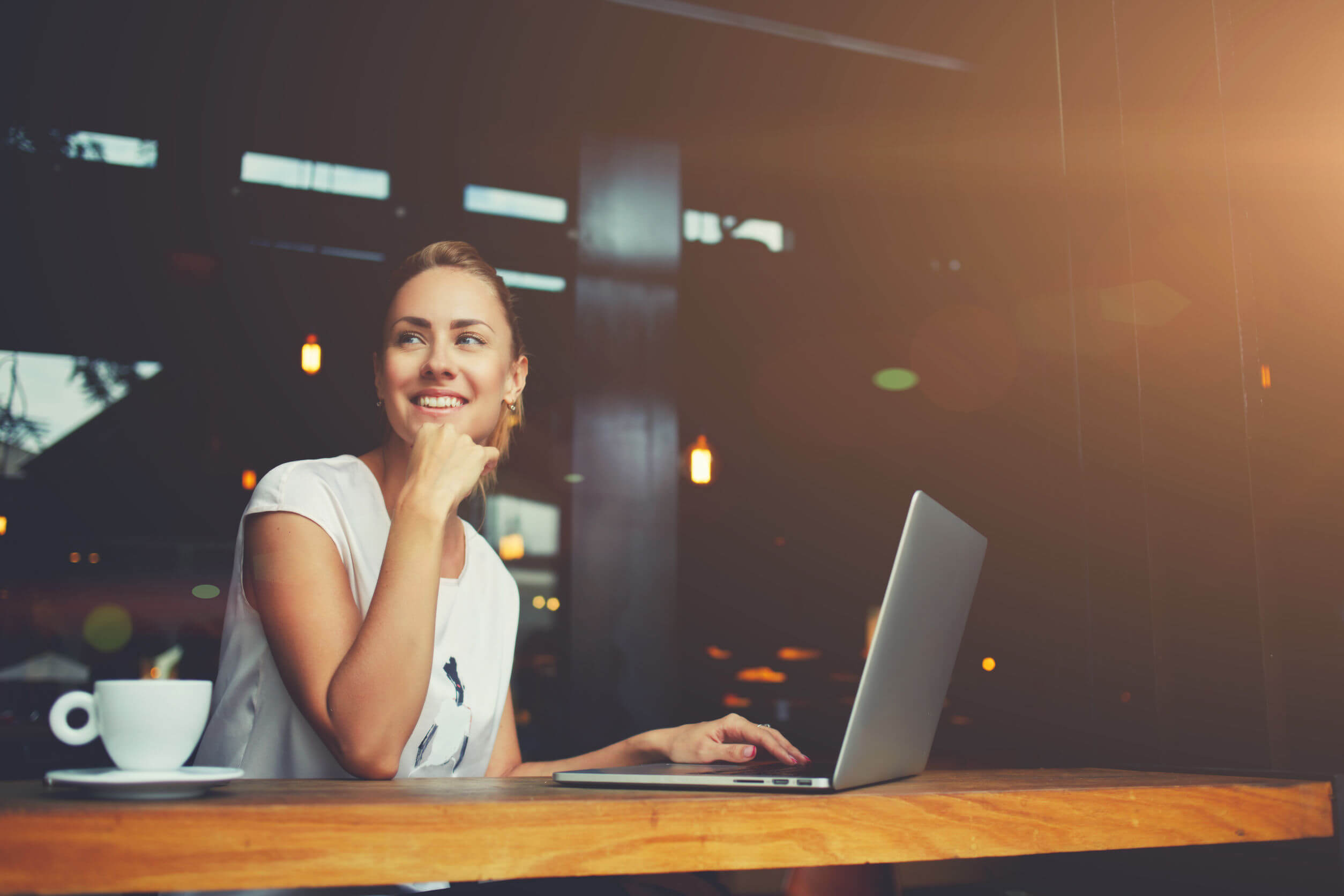 It’s January and that means it’s the beginning of a new year. And not only are we in the beginning of a new year, but a new decade! Bring on the ’20s! This is a chance for designers to set themselves apart from the past decades and establish a style for the ’20s. It’s a very important time for all of those involved in design trends. It’s hard to tell what kind of trends will become staples in the coming years, however, we have a lot of current trends that are starting to emerge and can help give a look into the future of web design.

The first design trend to take a look at is minimalism. Minimalism is nothing new to designers. In fact, this was a leading web design trend last year in 2019. Minimalism is effective because it takes into account the ever-fleeting attention span of the average web user. Fewer elements on a web page = fewer things a user has to worry about and more time you can spend facilitating them through a process. You can really work on creating a simple and impactful journey for users. Now, as I said, minimalism is nothing new. However, this year I think minimalism will be taken to the next degree. And I believe this will be most prevalent in site navigation. The thought process behind this is the less a user has to think about navigating, the more time they are immersed on your site. You can pair this design trend with large imagery and punchy text to really help get your message across.

Designers, for as long as we’ve known, have been playing around with different techniques to create depth. It’s the designer’s way of conveying perspective to a user. A current trend that I tend to see a lot is the use of floating elements combined with large, soft shadows. This effect gives designers a way to create a pseudo-3D effect. It can make elements seem as though they are hovering over a page. This design trend can tend to mimic the look of augmented reality and 3D programming. And as those two things become more prevalent, look for this design trend to become more prevalent too.

Use of White Space

Just like the previous design trend, the use of white space is nothing new for designers. In fact, I’d argue that half of designing is figuring out what kind of treatment you’re going to give white space in your design. In 2019, full bleed, when an image reaches from one edge of the screen to the other, was the move. In 2020, look for white space to be used as a way to anchor images on a page. Think of it as a picture being framed with white space instead of another element acting as a border. This technique helps create structure and order as too many floating elements may overwhelm a user.

The next design trend is a hot one at the moment, and that is dark mode. It seems like ever since Apple introduced dark mode with iOS 13, everyone has been switching over to this trend. And personally, I’m really excited about it… like really excited about it. To me, it’s very bold/punchy and honestly just something different from the “color on white” we are so used to seeing. I think it offers designers a good chance to make text and other elements pop on a dark background. Not to mention, it’s also easier on the eyes! Dark mode will pair well with the last design trend as well.

The last design trend we will be looking at is the use of overly saturated neon colors. Look for the use of colors like neon green, blue, and yellow in 2020. Using these colors on top of the dark backgrounds, like I mentioned above, will create a high contrast ratio. We already saw designers take advantage of color gradients in 2019 and I think they will be brought into this year as well. Look for neon text over dark, moody backgrounds to create a futuristic look. A look that will ultimately characterize 2020.

So, what can we look forward to in 2020? Well, we can look for things to get dark (in a good way). We could possibly see minimalism but to an extreme degree. And we may witness a futuristic explosion of neon colors and dark backgrounds. Join me as we sit back and watch the design trends unfold.